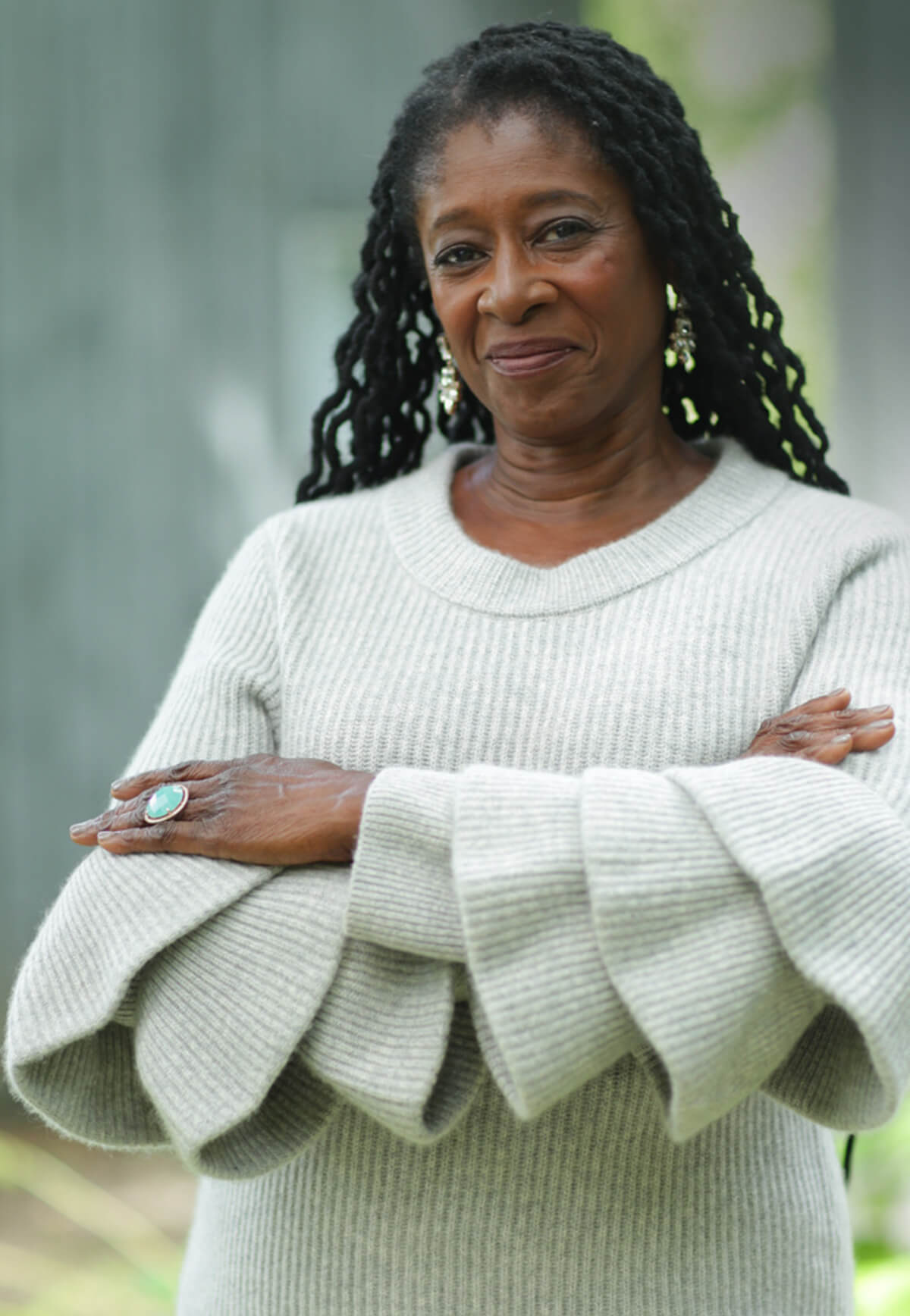 Cellist-Composer-Conductor-Educator, Akua Dixon has been at the forefront of improvising string players since 1973. She is the first cellist to win the Downbeat Critics Poll. A multi laureate of the National Endowment for the Arts in composition and performance, Akua is considered “amongst the treasures of contemporary jazz” (New Jersey Star Ledger).

She has toured the world performing with her Grammy Award-winning string quartet, Quartette Indigo, ”jazz’s leading string quartet” (Boston Globe). Akua’s string arrangements can be heard on the five-time Grammy Award-winning album, THE MISEDUCATION OF LAURYN HILL and Aretha Franklin’s Grammy nominated, A ROSE IS STILL A ROSE. She has performed with Duke Ellington, Max Roach, Ray Charles, Lionel Hampton, etc. Akua has performed at concert halls and Festivals in the United States, Europe, and the Caribbean.

A native New Yorker, Akua attended its infamous High School of Performing Arts and studied cello with Benar Heifetz. Akua conducted Riverside by Judith Jamison, music by Kimati Dinizulu for the 1995 season premiere at City Center. She is the 1998 recipient of the African American Classical Music Award. In 2005 she developed her Hip Hop Blues Project for NYC school children while working with Carnegie Hall Education.

Akua’s new project is We the People. Dedicated to “All The People” it speaks to the themes of justice, equality and hope. 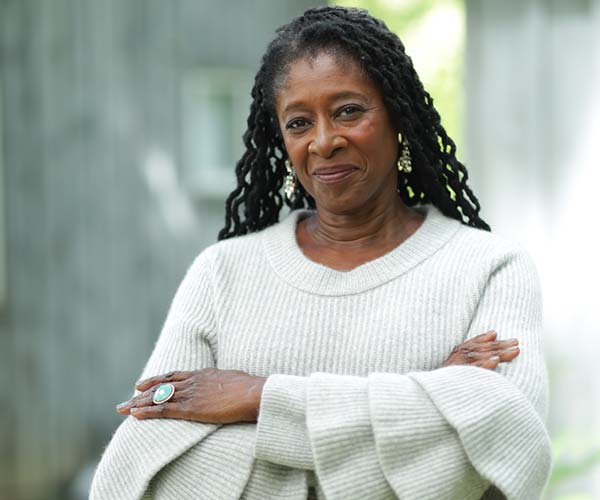 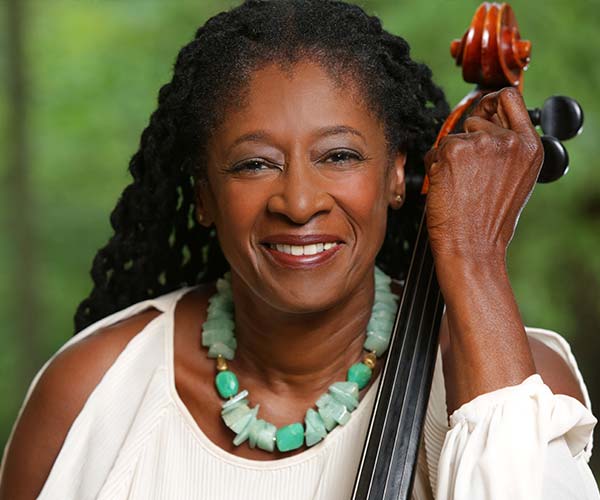 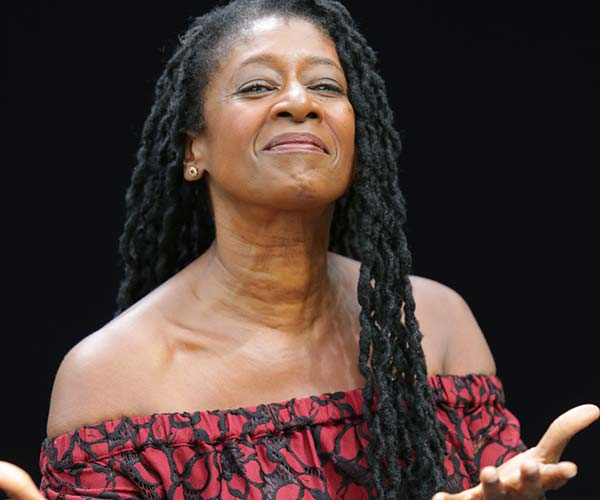 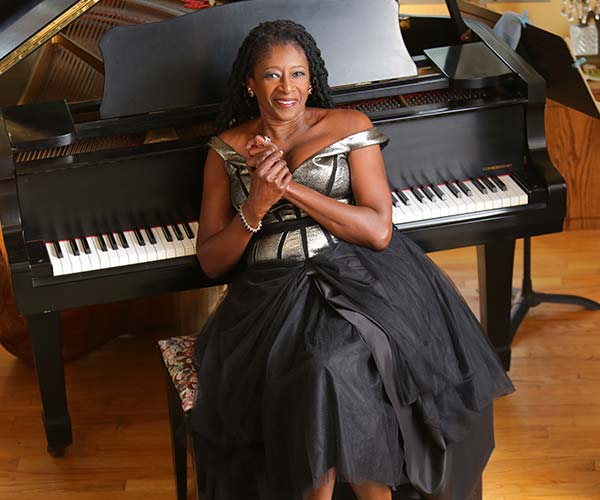 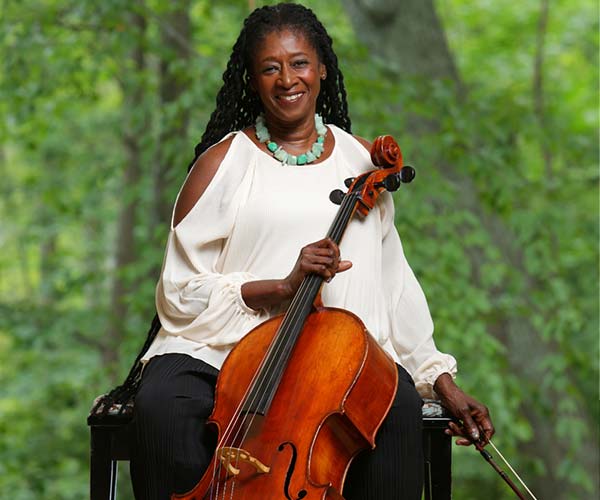 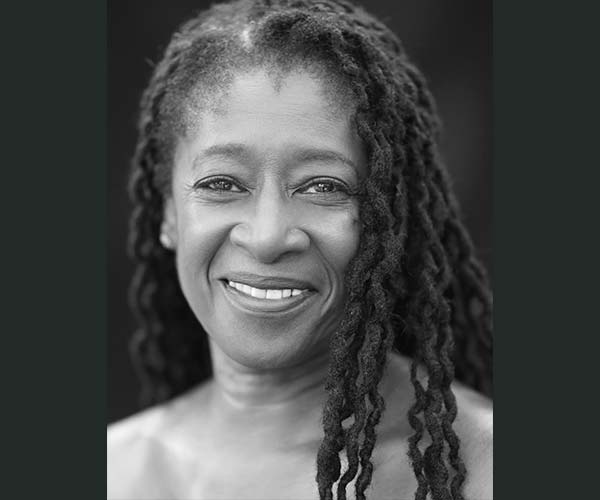 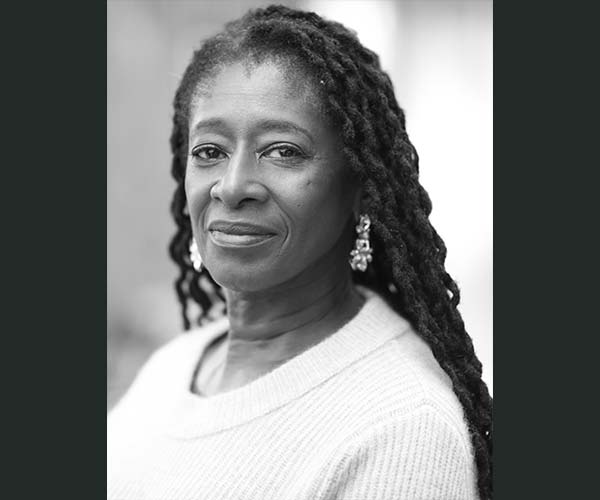 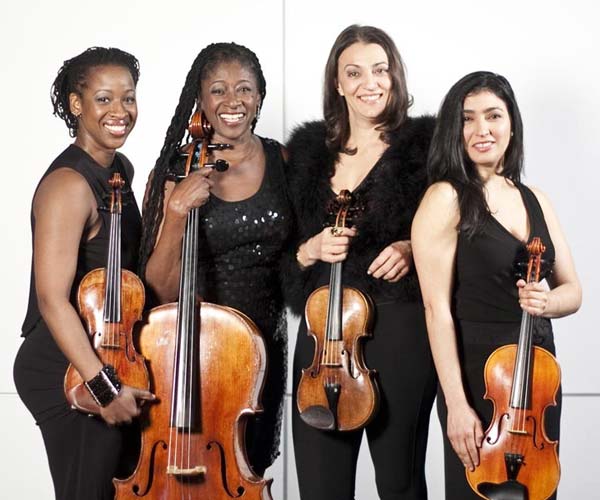 Cellist-Composer Akua Dixon has been touring the world for the last 40 years with her music for string quartet. A native New Yorker, she premiered her music for string quartet and rhythm section at the Village Gate in Sept. of 1973. Akua has won several awards from the National Endowment for the Arts, for composition and performance. She is the 1998 recipient of the African American Classical Music Award given by Spelman College. The Star Ledger has said that Akua is “amongst the treasures of contemporary jazz.” The NY Times commented that she is “one of New York’s leading jazz musicians!”

Her string arrangements and string quartet can be heard on the five-time Grammy award-winning CD, The Miseducation of Lauryn Hill and the Grammy-nominated CD, A Rose Is Still A Rose by Aretha Franklin. Akua notated and conducted the music to the ballet “Riverside” by Judith Jamison, with music by Kimati Dinizulu for the 1995 season of Alvin Ailey’s American Dance Theatre at City Center. 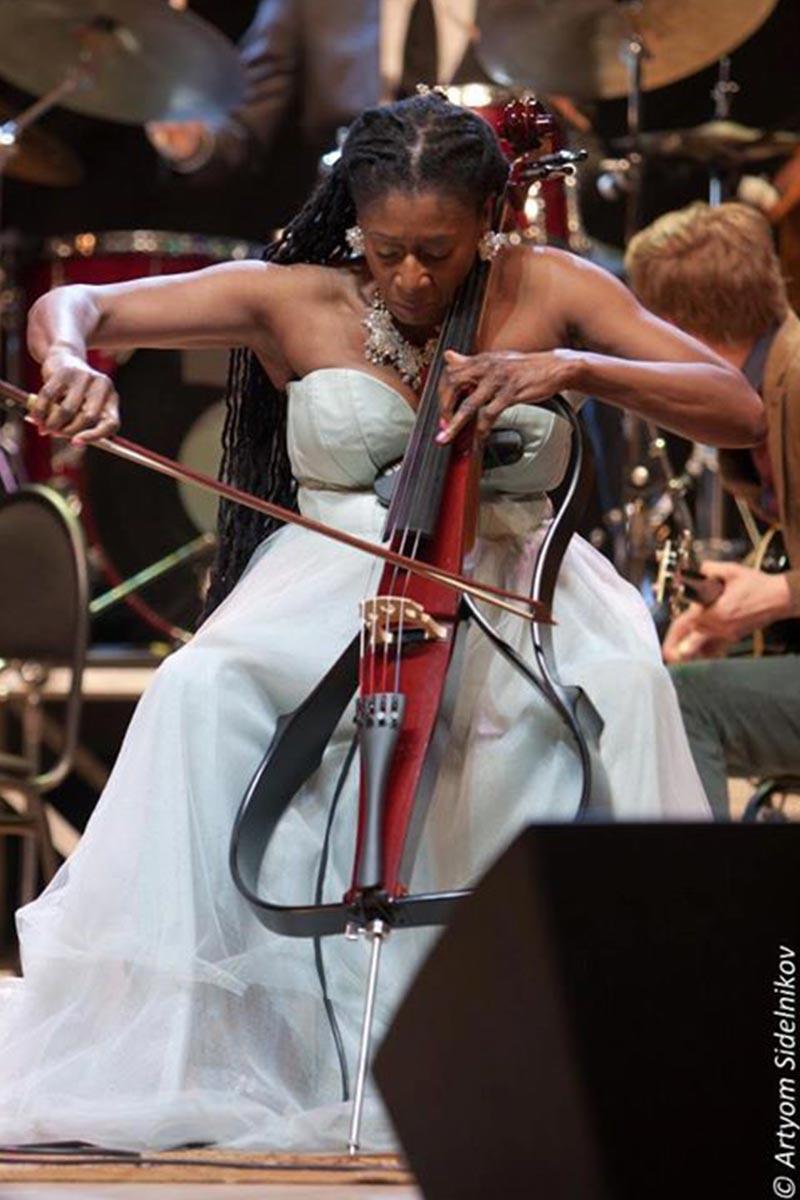 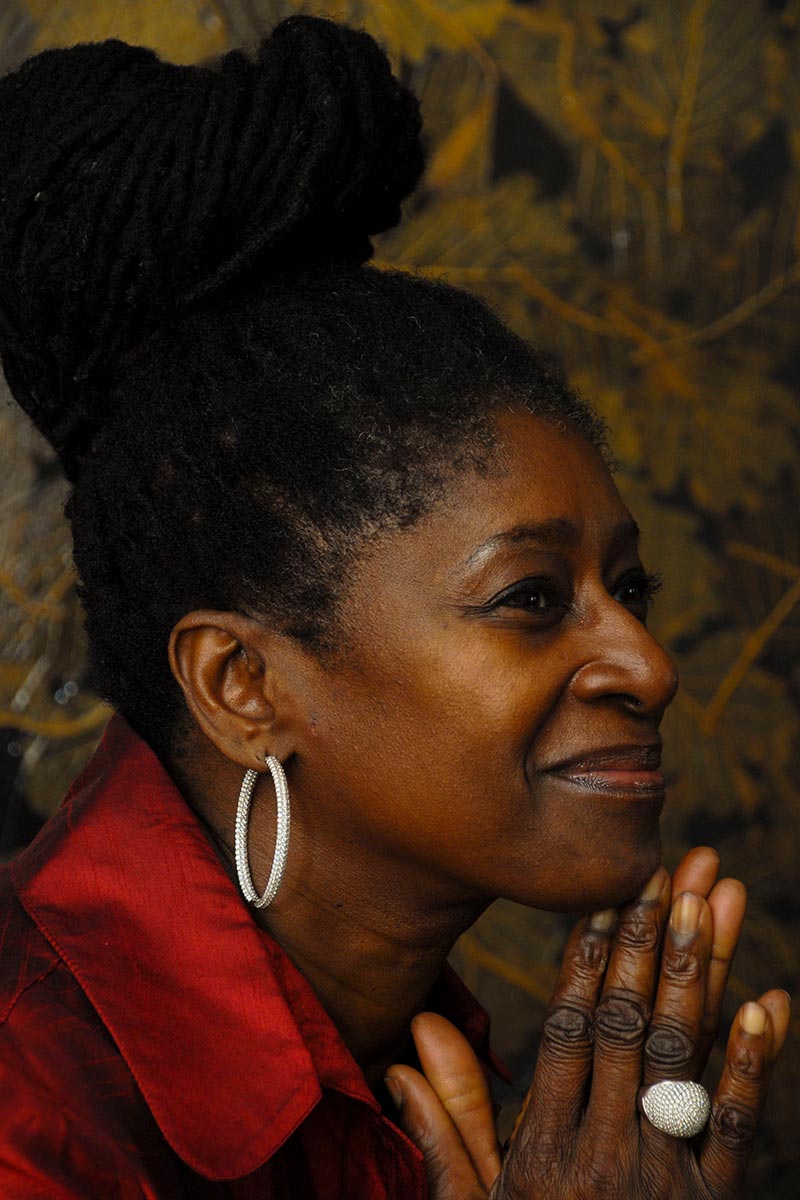 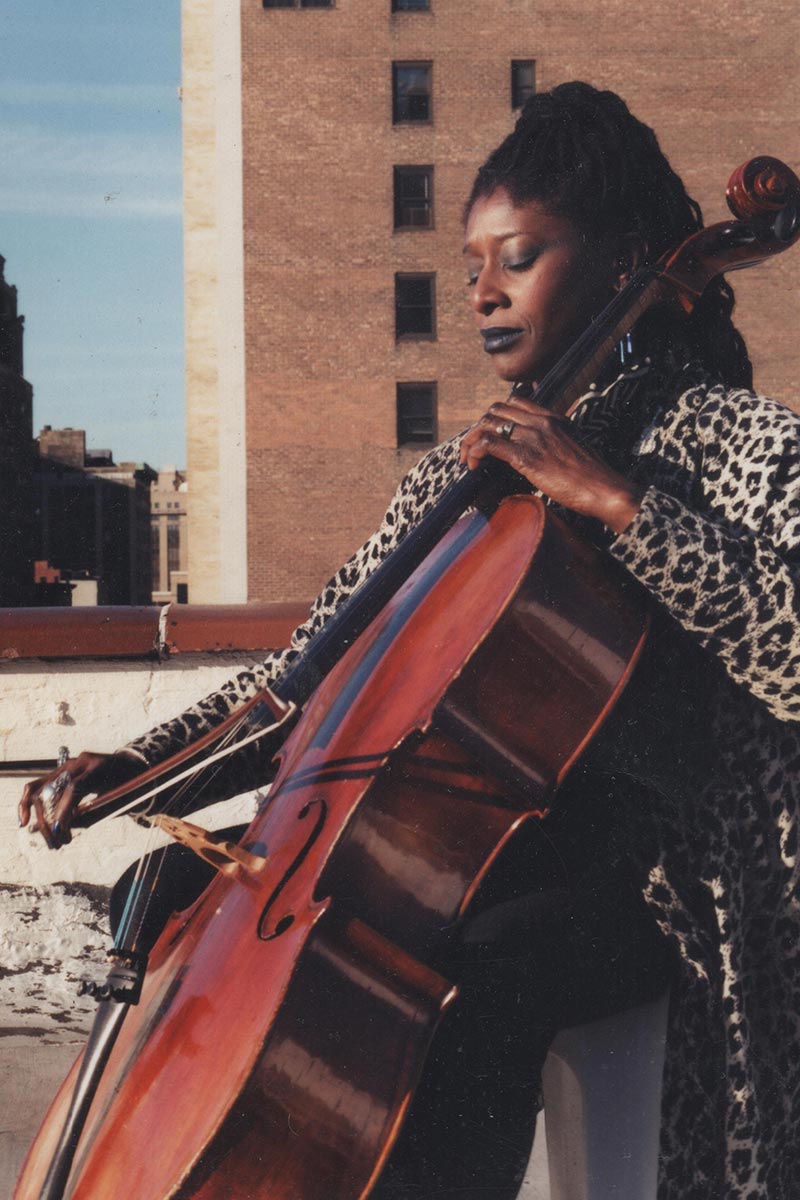 Akua has performed at the Kennedy Center, Carnegie Hall, Lincoln Center, Tanglewood, Wolf Trap, the Blue Note, Dizzy’s Coca-Cola Club and at major concert halls, jazz festivals and clubs throughout the US, Europe, Spain, Scandinavia, Greece, Russia and the Caribbean. Akua has lectured and given educational concerts and workshops for Town Hall, Carnegie Hall and Jazz at Lincoln Center. 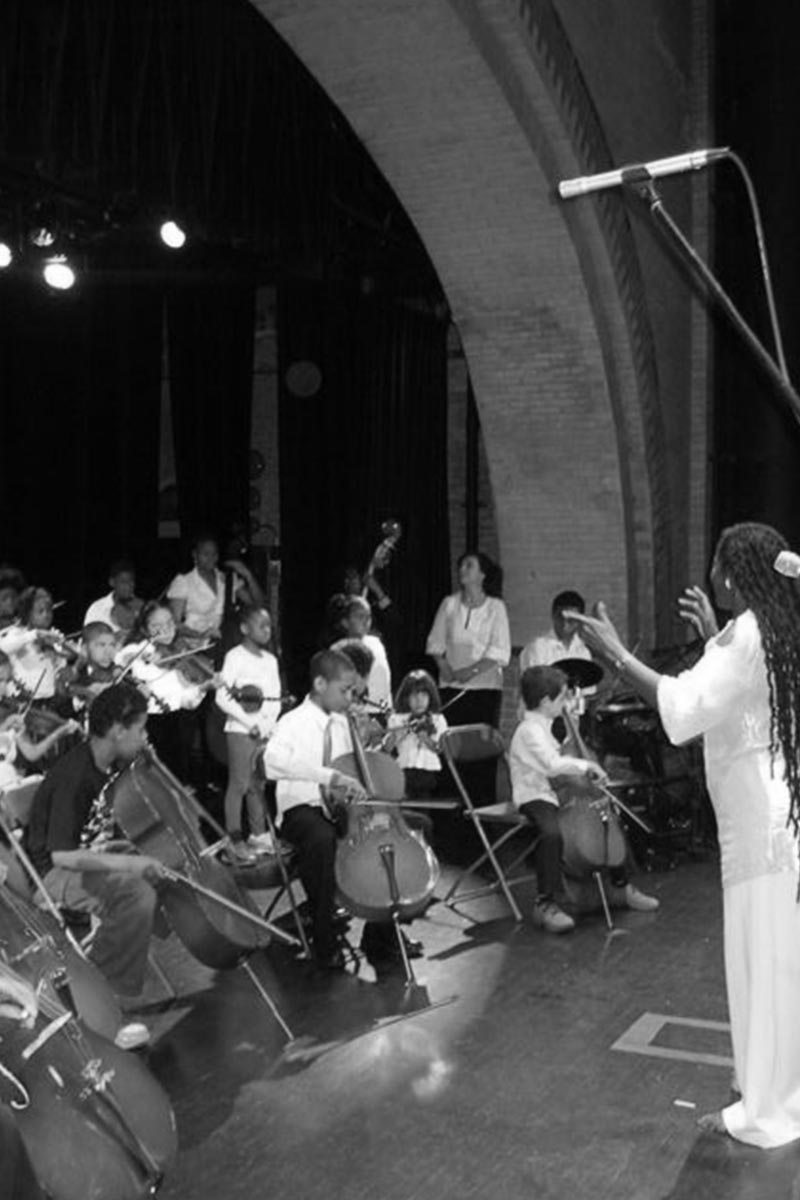 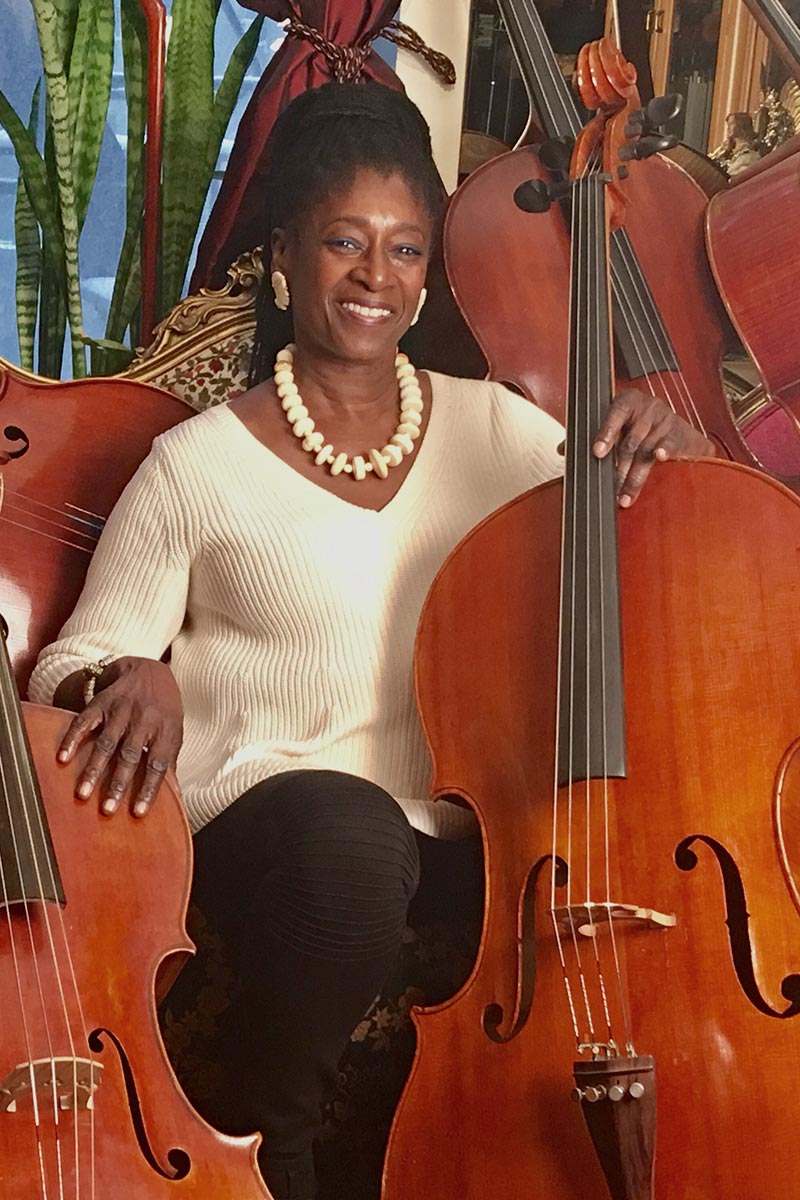 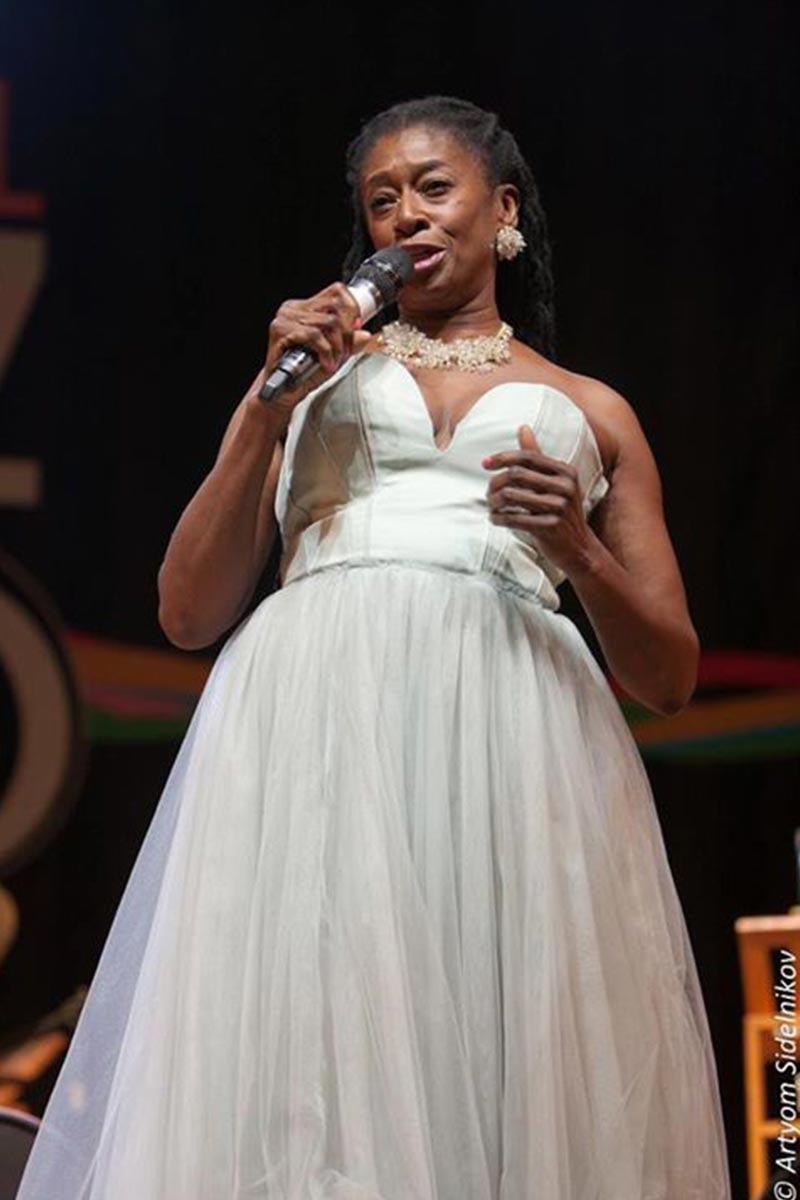 Akua was the founding cellist in the Uptown String Quartet and the Max Roach Double Quartet. She was a member of the Apollo Theatre Orchestra and worked on Broadway in the orchestra for Dreamgirls, The Mystery of Edwin Drood, Black Broadway, Barnum, Jerry’s Girls, Cats, La Cage Aux Faux and Doonesbury. Akua has appeared on Saturday Night Live, NY Undercover, Gossip Girls, Late Night with David Letterman and MTV. She is a Rising Star In the 2013 Downbeat Critics Poll and came in first place in the 2015 Downbeat Poll for cello. 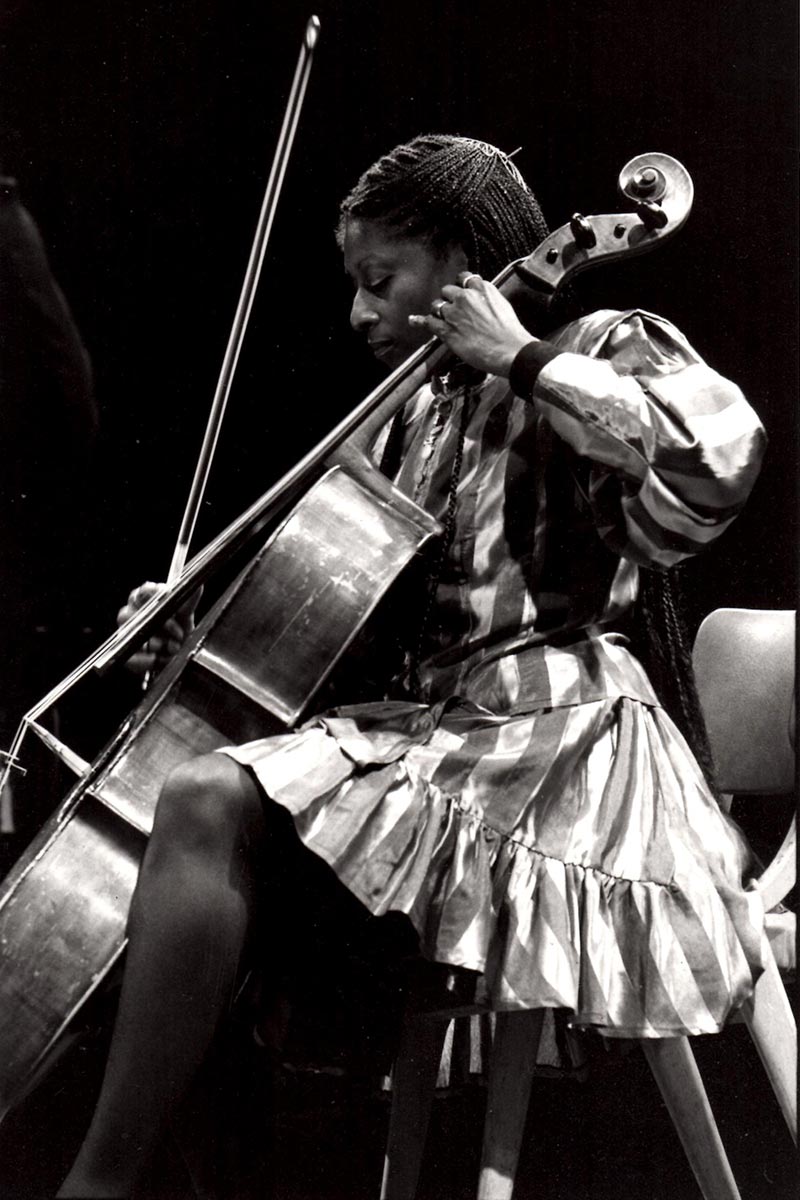 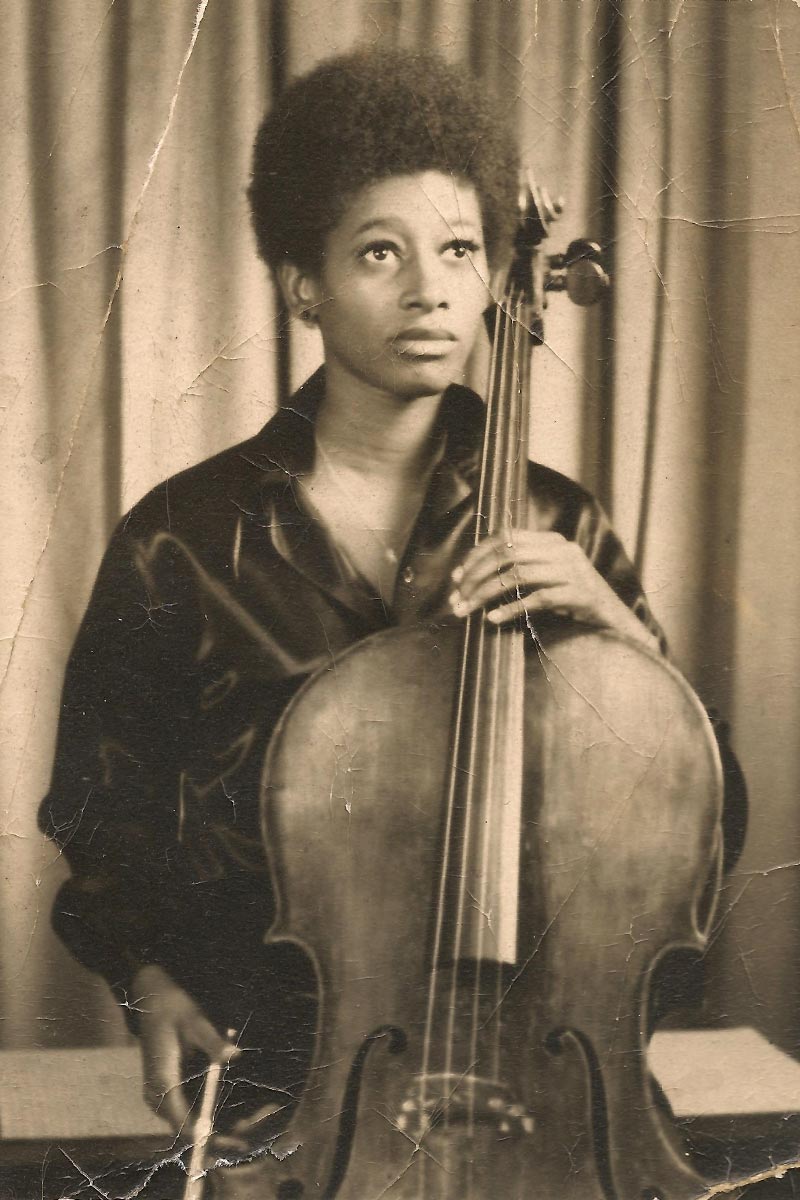 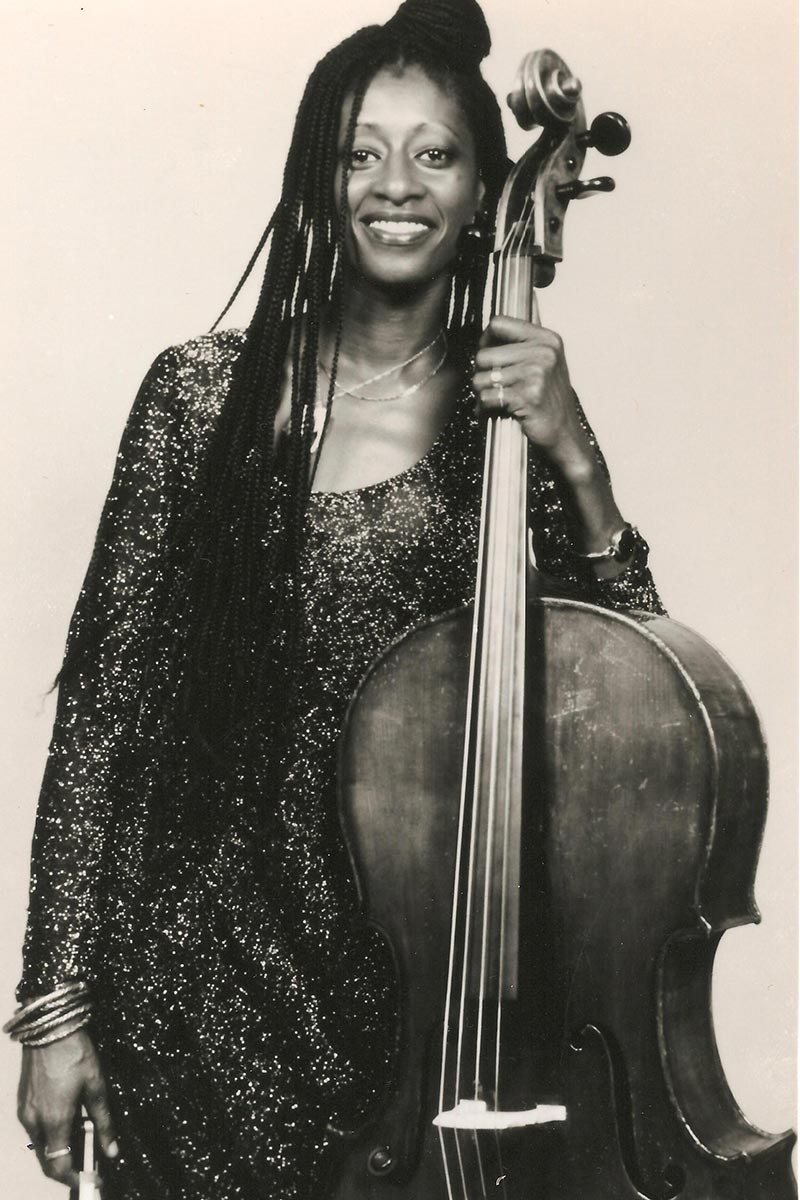 Akua Dixon has been in the forefront of improvising string players since 1973. Her 1994 CD, Quartette Indigo (Landmark), received 4 stars from Downbeat. She has been leading a string quartet “unlike any you’ve heard before.” They perform Akua’s original compositions and arrangements of Jazz, Spirituals, Blues, Salsa, Tango, Rags and Bebop in a unique setting. They are “an ensemble of great professionalism, skill and spirit” and can “swing with a gritty passion.”

In 2011, Akua released Moving On, which features her on cello with a rhythm section. She stepped out of the string environment into a jazz quartet. Adding the Yamaha Silent Cello to her arsenal and leading a rhythm section, puts the cello out front. Akua also endorses D’Addario strings to get the right sound.

Akua recorded her latest jazz release, Akua’s Dance, with special guests Ron Carter, Russell Malone, Kenny Davis, Freddie Bryant and Victor Lewis. Akua’s Dance was voted one of the top albums of 2017 and it received a four-star review in Downbeat. Akua’s latest CD, AKUA’S DANCE, received a four star review, was voted one of the top CD’s of 2017 and put the cello on the map as an instrument in jazz by winning in the Downbeat Critics’ Poll.

National Endowment for the Arts grant for Afrika! Afrika! (1981) 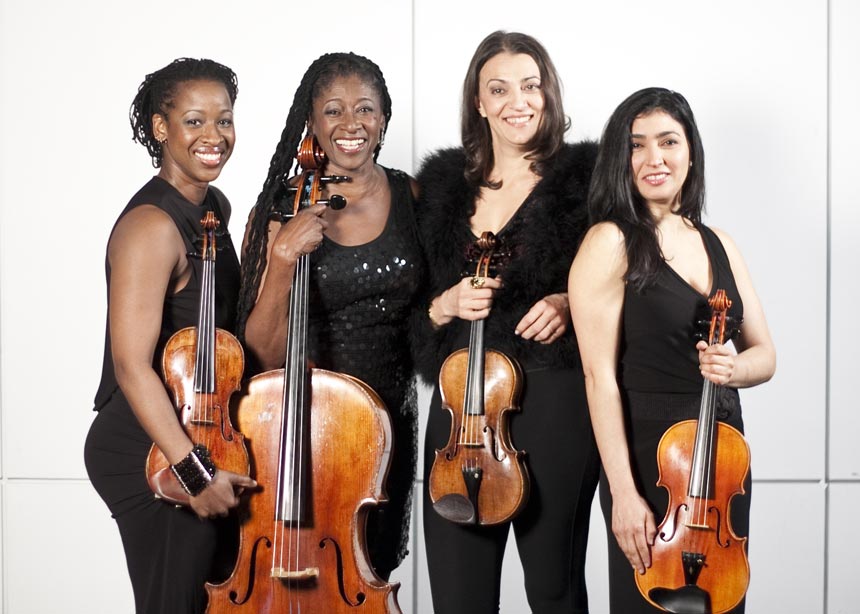 Akua Dixon’s Quartette Indigo has been in the forefront of improvising string quartets since 1973. They are a string quartet “unlike any you’ve heard before”. They play “hot and sassy, sweet and spicy, with style and virtuosity”. In addition to European Classical music, they perform Akua’s original compositions and her arrangements of the Great American Songbook, Jazz, Spirituals, Blues, Salsa, Tangoes, Rags and Bebop in a unique setting. They are “an ensemble of great professionalism, skill and spirit”-JALC and can “swing with a gritty passion”. The Star Ledger has said that Akua is “amongst the treasures of contemporary jazz”. The NY Times commented that she is “one of New York’s leading jazz musicians!”

Founder and leader of Quartette Indigo, Akua Dixon is constantly adding to the ensemble’s diverse repertoire. In addition to her original compositions she arranges all of the music that the quartet performs. Her arranging credits include the Made In NY Awards and Grammy award winning recordings. Her educational workshops for young string students feature her original repertoire. For your special event she is available to arrange that special piece for you!